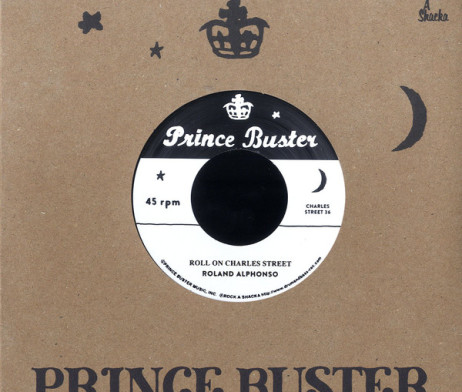 Roll On Charles Street: This is a spirited minor key track, with solos by Alphonso and Brooks.
Trumpeter Harper takes the honours on this one, his trademark vibrato well in evidence. His big hit for Buster was, as mentioned in the notes earlier, “Mighty Like A Rose”. He also cut the fearsome “African Blood” and aversion of the swing classic ‘Tipping In” under the name of Prince Buster & the Torchlighters.