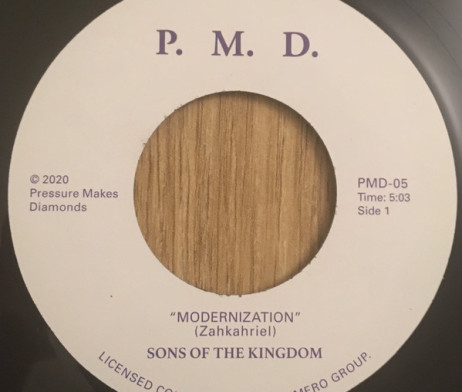 Sons Of The Kingdom – Modernization

Heavily in demand on 45, we are proud to present these deep soul, funk, modern soul crossover tracks from Sons Of The Kingdom. Artwork based on the 1980 7″ (KOG-7) that now goes for big money. Licensed from Numero Group under limited license, so no repress on this one.

‘Sons of the Kingdom’ were part of the 1970’s ‘Black Hebrew’ movement in which black Americans traveled to Israel, primarily from Chicago. Numero Group released an excellent compilation focussing on key songs from this period called ‘Soul Messages From Dimona’, which was released in 2008.