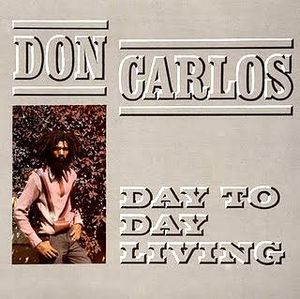 The 1982 solo-album by founding member of Black Uhuru (alongside Ducky Simpson and Garth Dennis)! – Re-issue in original sleeve artwork! Produced by Henry ‘Junjo’ Lawes, recorded and mixed at Channel One by Soldgie and Scientist, as backing band: The Roots Radics with horn section by Dean Fraser and Nambo Robinson, the regular back-up vocalist part is taken over by longtime friend & singer Gold. ‘Day To Day Living’ includes the hit ‘I’m Not Crazy’ and the Roots Radics favourite cuts ‘Hog And Goat’ and ‘Dice Cup’.